Review: THE COMEDY ABOUT A BANK ROBBERY at The Criterion Theatre 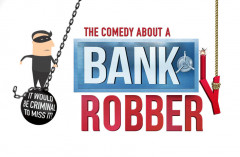 Mischief Theatre, a group of acting graduates who took London’s West End by storm with THE PLAY THAT GOES WRONG and PETER PAN GOES WRONG are at it again! But whilst their two previous productions offered something new and exhilarating their newest THE COMEDY ABOUT A BANK ROBBERY seems at times too obvious and its slapstick style might suit only those who are after some light entertainment.

Mischief Theatre founders Jonathan Sayer, Henry Lewis and Henry Shields have written a comedy set in the 1950’s Minneapolis. A Canadian gang is attempting to steal a very valuable diamond belonging to a Hungarian Prince. Deposited in a small bank, under the management of Robin Freeboys (great Henry Lewis) the diamond seems to be within easy reach but the audience will endure a lot of comedy moments, some funny, some less before witnessing the actual robbery presented in the most spectacular way possible.

The creators of THE COMEDY ABOUT A BANK ROBBERY deserve praise for their technical skills and their creativity when it comes to staging. Ideas such as placing actors on a vertical stage (absolutely hilarious!) whilst we see them from a birds of point of view or using small nuances to create a car chase scene are the peaks of the production. The set designed by David Farley is a spectacular one, creating many different locations within seconds.

It would be unfair not to mention that this is a cast of versatile, skilled young people, who sing, dance and at same time are pretty good actors.

Yet the idea and the context of the piece is not an innovative one as THE COMEDY ABOUT A BANK ROBBERY might have just as well been created by a Rep company during the 60’s. The fact that we have all seen a show like this at some time or other led to my my disappointment especially as Mischief Theatre are a group of young creators that should be striving to create something new.

Still if you are up for seeing some farcical theatre THE COMEDY ABOUT A BANK ROBBERY is a good choice. 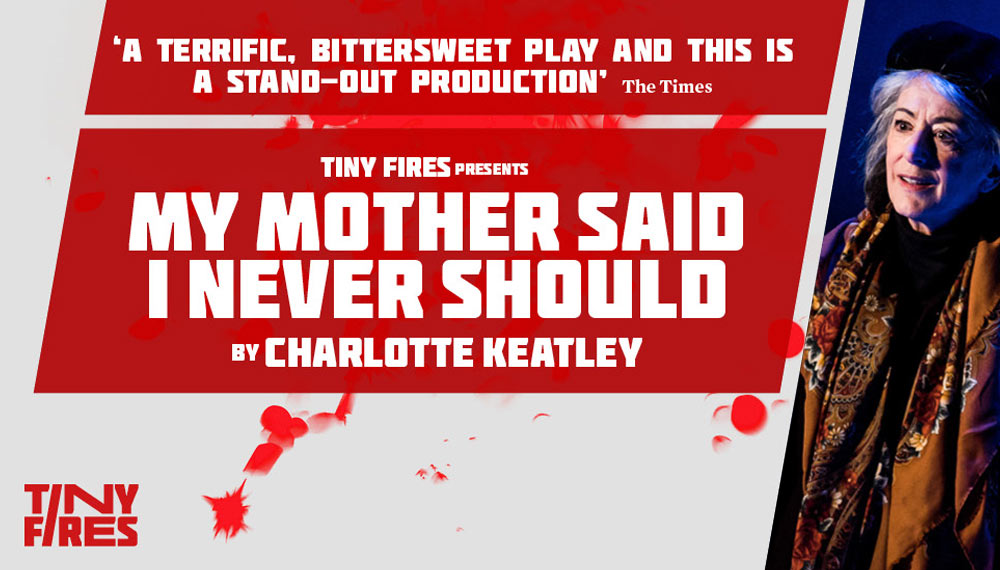 Review: MY MOTHER SAID I NEVER SHOULD at St. James’ Theatre

The relationship between a mother and daughter can be a tricky one. Triple it; add a few secrets & lies, and the prospect of nothing quite going as smoothly as one would like increases. Charlotte Keatley’s play is the most performed play written by a woman ever, so it’s a surprise to find that it hasn’t been seen in London since opening at The Royal Court in 1989.