The stage adaptation of the popular Disney movie lands in the West End, featuring a score by Alan Menken and Jack Feldman and a book by Harvey Fierstein.

Based on the real-life Newsboy Strike of 1899, this new Disney musical tells the story of Jack Kelly, a rebellious newsboy who dreams of a life as an artist away from the big city. After publishing giant Joseph Pulitzer raises newspaper prices at the newsboys’ expense, Kelly and his fellow newsies take action. With help from the beautiful female reporter Katherine Plumber, all of New York City soon recognizes the power of “the little man.”

We have a great selection of cheap Newsies tickets. We can help you save up to 70% on Newsies tickets! If you're looking for discount theatre tickets have a look below for our latest offers for Newsies at the Troubadour Theatre - Wembley.

There are no special offers available at the moment but we still have great ticket prices for Newsies at the Troubadour Theatre - Wembley. 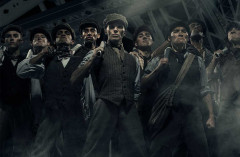 Update for Disney’s Newsies at the Troubador Wembley Park Theatre

At last! Now we know the venue for the UK premiere of Newsies. It’s taking place at the Troubador Wembley Park Theatre, where it’s going to be played in the round for a limited season from 28th November 2022. The award-winning Disney production is being re-imagined especially for the venue and the word on the streets is it’s going to be quite something to experience.

Hold the press! Newsies is in the West End for 2022 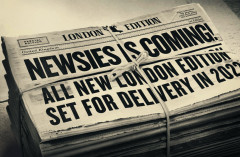 Newsies is heading for the West End in 2022. Nobody knows when, or where. We’re keeping our eyes open for a cast announcement. We know the show’s Twitter account has kicked off, and we all know what that means. The show is definitely on the road.

Hold the press! Newsies is in the West End for 2022
Coming soon 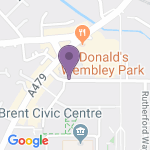 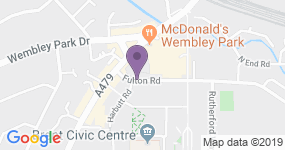