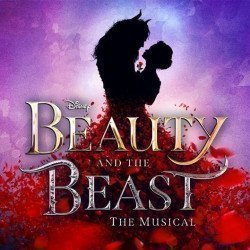 Beauty and the Beast Tickets

About Beauty and the Beast

Beauty and the Beast description

It's back! Beauty and the Beast is returning to the West End, and theatre-goers and musical lovers the country over are preparing for a huge treat. Expect a thrilling story brought to dazzling life on stage in a thrilling new production of the West End musical that comes fresh from the producer of smash hits Aladdin, Frozen, and The Lion King.

This magical musical contains something for everyone. There's lots of excitement and adventure. There's plenty of classical comedy to keep everyone giggling. And of course there's the romance, backed with oodles of beautiful show tunes you'll love... assuming you don't already know them off by heart, inside out and back to front, like millions of people do.

Expect all the tunes you know and love from this stunning Academy Award-winning classic, including Be Our Guest, Beauty and the Beast itself, plus some brand new music written especially for the new tour. Plus amazing, breathtaking choreography and more than your fair share of cool visual effects. The end result is nothing short of extraordinary.

Beauty and the Beast – The history

This show was last seen in London at the Dominion Theatre, where it took over for two glorious, colourful years between 1997 and 1999. A revival of the stage production was more or less a certainty once the live action re-make by Emma Watson and Dan Stevens grossed a whopping $1.2 billion at the box office during 2017.

Alan Menkin, the multi-award winning composer responsible for The Little Mermaid, Aladdin, Pocahontas and more, is deeply involved, which bodes well. Disney has confirmed the new production will be on tour throughout the UK and Ireland starting in 2021. And if we're lucky we'll see the show take up a long term home at the Prince Edward Theatre once Mary Poppins completes its run in 2022.

Meet one foolish prince. He has been cursed, forced to moulder away on his own in a castle, transformed into a beast. Along comes a pretty, kind girl. One of them needs to learn how to love and be loved in return, the other must realise there's more to life than they first thought. This story of compassion and love is packed with enchantment, fabulous music, and enough scary moments to keep you on the edge of your seat. Perfect for the entire family!

The brilliant Tony, Olivier, and eight-time Academy Award winner Alan Menken has written the music, with lyrics by Howard Ashman and Sir Tim Rice, plus a book by Linda Woolverton. This brand new UK production will see the original Broadway team reunite, led by the amazing director Robert Jesse Roth and the choreographer Matt West.

This gorgeously produced, dazzling show is perfect for theatre lovers of every age.