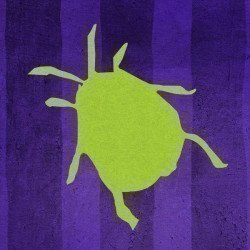 About Beetlejuice The Musical

If you adored the crazy Tim Burton film Beetlejuice from way back in 1998, this fab musical will be right up your street. It is just as funny, just as silly and just as horrific as the movie, and the on-stage effects are awesomely good. Come along and enjoy a uniquely eccentric romp through a story that has thrilled millions on the big screen. Welcome to Beetlejuice The Musical.

Betelgeuse is the tenth-brightest star in the night sky and the second-brightest star in the constellation of Orion, a reddish semi-regular star. Beetlejuice is also a magical comedy horror film by Tim Burton. Now it has a third meaning. Beetlejuice the Musical is on its way to the London stage, inspired by Burton's brilliant film, and all the signs are excellent. This is one heck of a crazy musical... in a good way!

The plot introduces us to a recently deceased couple, Adam and Barbara Maitland, who have become ghosts in their own home. When an awful family moves in, Adam and Barbara decide to haunt them, with the help of a horrible, creepy, sneaky poltergeist called Betelgeuse, who has arrived from the Netherworld to help scare the new family away.

In the words of the New York Post, “The whole world loves Beetlejuice!”. No wonder, when it's such a hoot. You'll love the unusual goth-like teenager Lydia Deetz, the daughter of the invading family whose life changes completely when she actually meets the dead couple, and the demon Betelgeuse. The demon himself is extraordinary, a horror of a creature who loves wearing striped clothes.

The book is amazing. The score is out of this world. Variety magazine calls it “Screamingly good fun”. But there's also a secret message hiding under all the mayhem, chaos and madness. This show is actually all about making the most of the people you love, appreciating family, and enjoying the ordinary, wonderful, not-always-appreciated everyday-ness of life.

The music comes from the brilliant Eddie Perfect, the Australian singer-songwriter, pianist, comedian, writer and actor who also crafted the lyrics. The book comes from Scott Brown and the Emmy Award nominee Anthony King. It's directed by the Tony nominee Alex Timbers, who delighted us with his work on Moulin Rouge! and Peter and the Starcatcher. The choreography comes from Connor Gallagher, respected for his work on The Robber Bridegroom, and the stage sets are by David Korins.

What can you expect?

This is being billed as the funniest new musical 'this side of the other side'. The character of the totally outrageous Beetlejuice is ruder, more evil and more horrid than ever before. And with a bit of luck it'll be with us for 2021, in the West End and one of the most unusual musicals you'll ever experience. Will you become as obsessed with the whole 'being dead thing' as Lydia? Exorcism, arranged marriages and much more awaits you.

This musical is recommended for people aged ten or more. 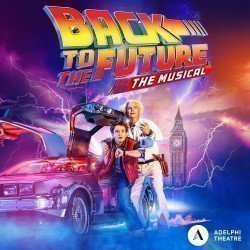