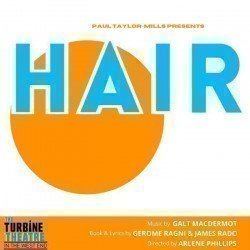 Hair the Musical in Concert Tickets

About Hair the Musical in Concert

Hair the Musical in Concert description

Following an extraordinary record breaking outdoor run at the Turbine Theatre, the US rock musical Hair is back in London. If you fancy celebrating sixties counterculture in all its rebellious, free-loving, free-living glory, together with all the bell-bottom, beads an fringes you could possibly want, head for the London Palladium and prepare for some outrageous fun.

This specially produced concert version of Hair is directed by Arlene Phillips. It's stuffed with groovy tunes including Aquarius, Good Morning, Starshine, Hair, I Got Life, and Let The Sun Shine. The performance delves into deep ideas around identity, community, global responsibility and peace, and you'll find it's just as relevant as ever in today's crazy world. While some things have changed, too many others have not.

The concert stars Luke Bayer from Everybody’s Talking About Jamie and Matt Croke, who thrilled us in Aladdin. Jordan Luke Gage takes to the stage, a veteran of & Juliet and Bat Out of Hell, as does Layton Williams, also from Everybody’s Talking About Jamie. Millie O’Connell and Grace Mouat from Six the Musical, Jodie Steele from Heathers, and Nicole Raquel Dennis who wowed us in Dear Evan Hansen complete the picture.

What's the plot of Hair the Musical in Concert?

Hair: The American Tribal Love-Rock Musical comes with a book and lyrics by Gerome Ragni and James Rado plus music by Galt MacDermot. It explores the extraordinary hippy counterculture and sexual revolution that took place during the late 1960s. Several of the show tunes fast became rebellious anthems of the anti-Vietnam War peace movement. It made its debut on 27th September 1968 and instantly changed theatre forever, thanks to its scenes of drug taking, homosexuality, anti-war protests and nudity.

Before Hair subjects like homosexuality and bisexuality, and nude performances, would have been considered totally unacceptable for the British stage. Thank goodness, since hair arrived, London's West End has never been the same... in a good way!

Who is Hair the Concert for?

There's an age restriction of 14+ for Hair, since it's full of strong language, sexual references, imitation gunshots, drug references and potentially distressing subjects like death and war.

Buy tickets for Hair the Concert

Our website makes buying tickets for Hair the Concert fast and easy. We'll email your tickets to you – just present them at the door on the big day and prepare for a musical concert that changed our world forever. 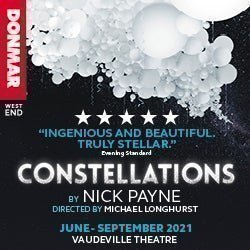