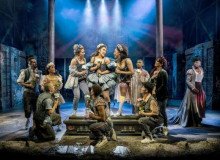 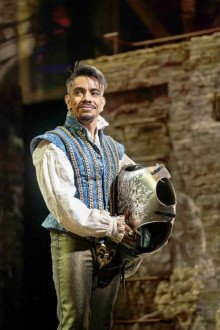 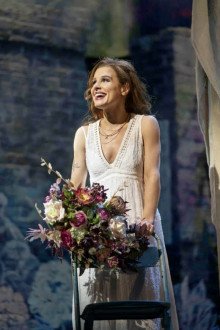 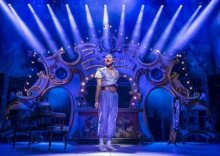 & Juliet – What if The Bard's Juliet didn't die after all?

Juliet Capulet is the famous female star of William Shakespeare's romantic play Romeo and Juliet, the cherished only daughter of the wealthy House of Capulet. When she falls head over heels in love with Romeo Montague love blossoms, closely followed by tragedy. In a story that's older than Shakespeare, the city's latest new Jukebox Musical teases us with hints of The Bard's Romeo and Juliet blended with Leonard Bernstein’s marvellous West Side Story.

Apparently Miriam-Teak Lee from the original London cast of Hamilton will star as Juliet herself, and the show premieres at the Manchester Opera House in autumn 2019. Then it's set to transfer to the Shaftesbury Theatre, another whopper of a venue, from early November 2019. Both venues are larger than average, something that has the whole of theatreland gossiping. Two enormous venues booked for a brand new production? It's an unusually confident move for a brand new musical, and it suggests something special is going on.

So... right now we have an unknown musical about a subject that has been covered at least twice before. The composer is a mystery. So what's the big secret? We'd love to tell you but, like everyone else, we have no idea what's going on... yet!

What's the story? It looks like the show explores what might have happened if Juliet didn't die at the end of Shakespeare’s famous play. The plot follows her when she travels to Paris, accompanied by her besties as they all do their best to recover from the death of Romeo, her soul mate. But is it Paris, as in the city, or does Juliet flee to Romeo’s love rival, Count Paris? It's another mystery we're keen to solve.

Rumour has it the play is packed with show tunes written by Max Martin, the man who has penned a string of well-known chart hits including Baby One More Time, Love Me Like You Do, and I Can't Feel My Face. He has written massive hits for people like Taylor Swift, Westlife, Britney Spears and more, so there are no worries there, and the songs are all freshly orchestrated by Bill Sherman.

A strong creative team sits behind the mystery, including Luke Sheppard who directs, David West Read who wrote the story, fab choreography by Jennifer Weber, lighting by Howard Hudson, sound design by Gareth Owen, costume design by Paloma Young and last but far from least, set design by Soutra Gilmour.

It might be a mystery right now. But it comes with excellent credentials. Come back soon to see if there's any more insight to be had.

Who is this show for?
We don't have the details yet but imagine this new Jukebox musical will probably best suit teens and upwards.

Next Performances for & Juliet at the Shaftesbury Theatre

We took our 12 yr old daughter and we all loved it! So clever and funny. Just fabulous!

Lots and lots of upbeat fun

Storyline is positive and feel good. Lots of humour and the musical numbers are brilliant.

Fun night out with a side dish of empowerment

An entirely fun show that resonates with everyone who aspires to live inclusively and who loves to kick back to some nostalgic pop tunes. The production values rounded out this energetic rock musical, leaving the audience on their feet by the end of the show.

Reviewed on 29 February 2020 by Ronnie, Oakland, United States Of America

It was amazing! There were a few minor difficulties which couldn’t have been helped! I think it amazing how professional the cast and crew were and carried on!

This show is a breakthrough and is one everyone needs to see!!

Had us in stitches - brilliant adaptation and brilliant cast. Great voices, fun songs and amazing under studies - 3 including the lead Juliet, the nurse and the Dad. Performed brilliantly and I will now arrange a team night out at work to come see it again

Perfect sound and level of it. Good thats no to singalong.

Really lively and pleased it was able to laugh at itself show. 😊

Fucking amazing lads. I went back to my hotel dancing through the streets of London

Excellent, one of the best musicals I have ever seen.

Loving the music and all the fun dance and jokes.. very entertaining

I like the show because there is a lot my favorite pop songs. Also if you love musical this is the show to watch.

Reviewed on 28 January 2020 by May, London, United Kingdom

The show was absolutely fantastic! It just kept in delivering over and over. So much good energy and the artists were incredible, specially Juliet and Anne. Everyone should go and see it, we were laughing so much!

So captivating, mesmerising and just down right entertaining. From start to finish, it was fantastic.

Easy to watch, some great parts but lacked something

At last! Dad jokes and puns are given the respect they deserve! Seriously, we loved the show.

Amazing.... would even go again

Best Show I have seen!!

ALl I can say it that every part of this show was brilliant. It is a must see in London. I hope It will make its way to Sydney one day.

One of the best

This is simply one of the best west end shows I ever watched these years. The whole acting and singing were superb. The story is very entertaining and cleverly written. Loved very single minute of it! Highly recommended to everyone.

Loved this show from start to finish. The cast were fabulous; the energy, throughout, was second to none. The costumes, set, music - in fact everything, was amazing!

Fun and playful storyline. Creative use of pop music. Funny and witty. There are some cringe worthy moments but good for a laugh! Would make a good show for a girls night out.

Subverts the old story, rings in the new

Florid and fancy, with really eye-popping feats of stagecraft, and lots of humour throughout. I warmed to the characters - Ann Hathaway and the Nurse in particular. However the story doesn’t make much sense, so don’t try and work it out - &Juliet knows it’s totally silly. At the end, the band who’d been hidden from view, came to take a deserved bow.

Was a really good show, really cleverly written and great modern alternative to Romeo and Juliet. Music was great and it was lol at times. Great for all including teens.

One of the best at Westend

We all really liked it... we didn't expect that much were surprised with a high End musical with lots of humour, fun and Nice interpretations of music and a great stage

Sad commentary on what young boys will have to aspire to.

In the Me Too world today young boys have no true role models. Within the next two generations- the population will be either gay or trans because liberals won’t allow straight marriages

An emotional, fun, rollercoaster sing along , a must see production

Absolutely enjoyed every aspect of this show . Suits all ages . Very powerful singing . Engaging with the audience was amazing. Our seats were the best . Would definitely and will be going back again . Still on a high . Highly recommended 👍

I had not heard of this play, but couldn’t tickets for some of the proven favorites. Fate was in my favor. I found &Juliet to be witty and funny. Clever premise for theatre. Great acting. It moved right along and kept my interest. Nice blending of past and present. Juliet finally grows up (as does Romeo). Thank you Anne Hathaway Shakespeare! I’d see it again

Reviewed on 08 December 2019 by Deborah, Phoenix, United States Of America

Entertaining and funny with a twist!

Definitely one of the better shows on West End at the moment. All the actors were great, and the decor and costumes were amazing. I just couldn't stop looking at every little details, they put so much work into this! The only thing is that the music was a bit too loud, but I think it got better the second half.

Amazing production; a joy to watch

I felt like I was re-living my junior high and high school days with the amazing music and vocals—but was simultaneously impressed with how our favorite pop songs of the early 2000s were seamlessly worked into the storyline in a non-forced way. Making Britney’s “I’m not a Girl” into a song about the struggles of a young gay man finding his place in the world was impressive

Reviewed on 23 November 2019 by Erin, Wooster, United States Of America

A great feel good musical. So much fun!

&Juliet has everything you could wish for in a musical - humour, fabulous acting, singing, songs, dancing, storyline, set, lighting and costumes. I’d happily go back tomorrow and see it all again!

Everyone should see it !

All is said. Do not hesitate one second you will love it. One of the best musicals I have seen so far. I did not know what to expect but the result of the vision of the famous play is far beyond all you can expect actually. The actors and singers are just brilliant. Go and see & Juliet got it will definitely be one great of the great moments of your life

Fantastic rewrite of Romeo and Juliet. Very topical for the times we are in and also inspiring messages for everyone! We loved it. Music was fantastic, cast amazing and Juliet - wow!! She left us speechless - such a superstar presence!!

The show was amazing, from start to finish!! The story, the acting, costumes and singing were fantastic!! Would highly recommend this show, didn’t want it to end!! 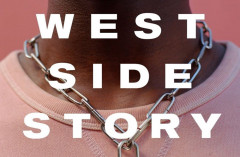 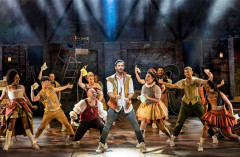 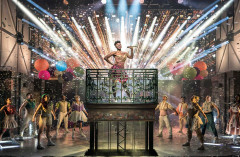 EVAN HANSEN or & JULIET? Whatever your mood tonight there’s a West End musical to suit you
28 Jan
2019 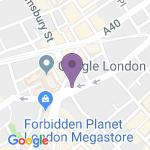 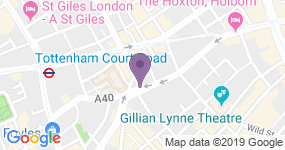