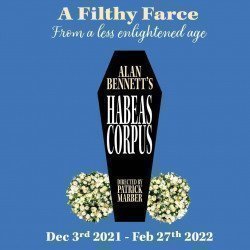 Tickets from £54.00
The antics of the Wicksteed home are a darkly satirical merry-go-round in Alan Bennett’s Habeas Corpus. Family, friends and the quest for sexual pleasures of the body (“corpus”) are the ruling passions in this farcical comedy of ill-manners. Through an escapade of mistaken identities and carnal encounters, one motto holds fast: “He whose lust lasts, lasts longest.”
Show info Book tickets
Habeas Corpus tickets 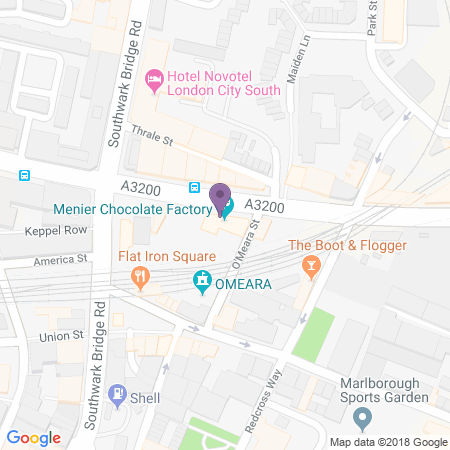 A truly magnificent decorative corner building in brick and pale stone, with numerous arched windows, the Menier became a theatre in 2004. Inside it’s small, cosy and intimate, with seating for just 180 people.

If the Menier Chocolate Factory Theatre looks like an old factory, that’s because it is! It’s tiny inside. But it has a reputation for putting on such excellent performances that they often migrate to the West End. As such it’s a great place to catch what just might be the next biggest theatre hit of the decade. You never know!

The Menier Chocolate Factory has won a couple of prestigious Off West End awards too, one for the Most Welcoming Theatre and another for delivering the Best Theatre Foodie Experience.

Back in the 1800s the building was home to the The Menier Chocolate Company, from 1870 onwards, a popular French manufacturer which suffered terribly during the First and Second World Wars and was eventually bought by Nestle. Luckily the building retains most of its olde worlde charm.

The last time chocolate was made on the premises was back in the 1980s, after which it remained derelict for years. So how did it become a theatre? A property developer bought the building in the early 1990s and re-purposed it as a smart South Bank arts complex. In addition to the theatre itself the premises houses a bar, restaurant and rehearsal space.

Since the Menier Chocolate Factory theatre opened in 2004 it has hosted an impressive collection of traditional plays, musicals and stand up comedy. In just a few years it has become the home of top quality performances and has won a series of awards that recognise it as an important part of London’s theatreland, one of the city’s best up and coming venues.

Run by David Babani, the Artistic Director, the Menier also won the Peter Brook Empty Space Up and Coming Venue Award and the Milton Shulman Evening Standard Award for Outstanding Newcomer, both during 2005.

Past shows at the Menier Chocolate Factory Theatre

Sunday in the Park with George and Little Shop of Horrors both played at the Menier Chocolate Factory theatre before moving on the become huge West End smash hits. Dealer’s Choice and A Little Night Music were also born at the Menier, as was the spectacular London revival of La Cage Aux Folles, Educating Rita and Shirley Valentine by Willy Russell, and Sweet Charity.

If you’re visually or hearing impaired you qualify for reduced rates. While there is no infra-red or loop system, because the Menier is so small you’re only a few feet away from the action no matter where you sit. Guide dogs are allowed in the auditorium and you’ll find wheelchair access via the main Southwark Street entrance. There’s room for one wheelchair per performance, with excellent views.

We’re a popular destination for a wide variety of seat types and prices, with great availability for the full range of Menier Chocolate factory Theatre tickets.