It's a Tony Award winner for Best Musical Revival. It is one of the greatest all-time musical movie greats from Rodgers and Hammerstein. The New York Times calls it “Sexy and timely – I was dazzled that it feels so on point in this era”. And it is due in the West End some time during 2021. What a treat! If you adored the movie you'll love this updated version, this newly-dazzling musical.

Oklahoma! is a famous 1955 American musical movie. It was inspired by the 1943 musical of the same name created by Richard Rodgers and Oscar Hammerstein. It starred Gordon MacRae, Shirley Jones, and Rod Steiger. It was the only musical Fred Zinnemann ever directed, and it proved a massive hit on the large and small screen. Now it has been revived in the most marvellous way, and it is winging its way to the UK for 2021.

The action is set in Oklahoma Territory, before it became a State. It weaves the tale of the farm girl Laurey Williams and her two rival suitors, the cowboy Curly McLain and the scary farmhand Jud Fry. A second romance develops between Laurey's friend, Ado Annie and another cowboy, Will Parker, to enrich the plot.

Running through the story is the theme of Oklahoma's almighty efforts to become a State. At the time there was terrible tension between the needs of cattlemen and farmers, and that also livens up the action.

In 2007 the original film was chosen for preservation in the United States National Film Registry, pinned by the Library of Congress as "culturally, historically, or aesthetically significant".

It is more than 75 years since the famous duo Rodgers and Hammerstein reinvented the American musical. Now Oklahoma is back, reimagined for the 21st century in such a way that you won't recognise it.

This is powerful stuff. As New York magazine said, “This production shocked me and moved me. Forget your traditional idea of Oklahoma.”

NY1 calls it “An audacious, sexy, upending ride that is as stimulating and jolting — and as fresh — as last night’s fever dream. OKLAHOMA! is astonishing.”

This fabulous musical play is probably best for people aged 14 and over. 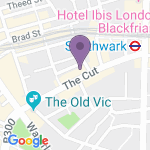 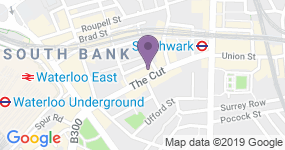