Get Up, Stand Up! The Bob Marley Musical Tickets

About Get Up, Stand Up! The Bob Marley Musical

Get Up, Stand Up! The Bob Marley Musical description

Welcome to Get Up Stand Up, the Bob Marley Musical. It's the perfect subject for a superb stage musical, and the producers are delighted to present the dazzling world premiere of a fresh new musical revealing the astonishing story of the iconic reggae artist. It's opening at the refurbished Lyric theatre and previews in early 2021.

The Bob Marley Musical is brought to you by an Olivier award-winning team, namely the writer Lee Hall and the director Dominic Cooke. It stars the brilliant Arinzé Kene as Marley himself, and features 'unprecedented access' to the musician's back catalogue. You can expect to hear all the great Marley hits performed live by the cast, including the legendary No Woman No Cry, Exodus, 3 Little Birds, and Get Up Stand Up itself.

Inspired by Bob Marley’s visionary lyrics and tunes, this show reveals the extraordinary personal life story behind the glittering star.

Arinzé Kene plays Marley. He's a multi-talented writer and performer whose one man play, Misty, thrilled everyone so much at the Bush theatre then transferred to the West End. It got him a nomination for two Oliviers, one for Best Actor and the other for Best New Play. He also portrayed Sam Cooke in One Night in Miami at the Donmar Warehouse, as well as starring in the Old Vic production based on Bob Dylan's music, Girl from the North Country.

Lee Hall, the award-winning British playwright and screenwriter, penned the book and lyrics for Billy Elliot The Musical, which ran for more than ten years in theatreland. It won an Olivier for Best New Musical and 10 Tonys for the Broadway production. He was also involved in The Pitmen Painters, Cooking with Elvis and Shakespeare in Love in the West End, as well as 'Network' starring Bryan Cranston at the National Theatre over here and on Broadway.

Dominic Cooke is a highly experienced and respected theatre, film, and television director who was Artistic Director of the Royal Court Theatre from 2007 to 2013. He was nominated Best Director at the Evening Standard Awards and won 2018's Critic’s Circle Best Director Award for his National Theatre production of Follies starring Imelda Staunton, itself nominated for ten Oliviers and winning two.

Next Performances for Get Up, Stand Up! The Bob Marley Musical at the Lyric Theatre

Get Up, Stand Up! The Bob Marley Musical cheap tickets

Get Up, Stand Up! The Bob Marley Musical reviews

The musical was brilliant, best by far. Acting and Jamaican accent spot on.As a massive Marley fan the singing and adaptation of his songs was outstanding. Think my hubby and myself will see it again.

Wonderful Show of a Legend who wrote songs of freedom

Reviewed on 30 May 2022 by Jacqueline, West Molesey. Surrey, United Kingdom

Reviewed on 29 May 2022 by Lisa, Borehamwood, United Kingdom

Reviewed on 14 May 2022 by Gillian, Ludlow, United Kingdom

The production was top class.

Recommend to anyone. Music was great and singing amazing from everyone in the cast. We would definately go again.

Reviewed on 02 May 2022 by Julie, Norwich, United Kingdom

Powerful story about an iconic musician and humanitarian

I really enjoyed the show. The music was fantastic! I had a little trouble understanding the Jamaican accents, But I guess that gave it some authenticity. Top class actors and singers.

Reviewed on 01 May 2022 by Valerie, Burlington, Canada

Outstanding Musical, not to be missed.

The actor couldn’t have been any more like Bob Marley than he was. Superb acting and out of the world singing. I saw Phantom of the Opera in New York but Get Up Stand Up was on another level. Needs more publicity, as it was an ace of a production.

This show transported me to another world. I felt like I was watching Bob Marley himself in concert. It is uplifting emotional, colourful and combines all of Bob Marely’s greatest hits so beautiful with his life story. As for the singer that plays Rita Marley, her voice is Unbelievable she genuinely brought me to tears. This is a must see for everyone and the theme rings so through for all that’s going on in the world today. What a tribute to the one and only Bob Marley❤️

Not as good as I thought it was going to be

Great show especially if you are a fan of Bob Marley

The story managed to thread the various significant parts of Marley’s life. A real Stand up and sing experience. It’s a west end must!

Fantastic, Must see... Bobs life narrowed down into a few hours but performed fantastically.undersatnding clearly the meaning behind all of his life and tunes... would see again.

Bob would have enjoyed this.

A very fun show. The lead performers were very good. A great evening out, especially for those who grew up with Marley's music.

Came with 5 friends and couldn’t believe how amazing the show was.

Even if you don't especialy like Bob Marley, it's a really good show and this is a history really intense.

I never paid much attention to Bob Marley even though I grew up in Jamaica but it is incredible that 50 years later, his music is still relevant. My 15 year old son likes the music and we never get tired of listening to Tuff Gong radio every day on SiriusXM. We know all the words to the songs and it was nice to see his story told by his songs. The young lady that plays Rita Marley has an incredible voice!

Reviewed on 05 March 2022 by Christopher, Kingwood, United States Of America

Good story about his life

Creative… A must see

A must see show, you will not be disappointed! We saw Michael Duke as Bob Marley. Bravo, he should feel very proud of his performance tonight! Thank you

It was one of the best shows I’ve seen, the performers were brilliant and they sounded so good 😊

Growing up listing to the songs of Bob Marley was amazing. Being able to relive his life and the fantastic music was not to be missed. The acting was captivating. The singing however, was the highlight for me. Being a West Indian man, the show reconnected me in more ways than one to, not just Caribbean way, but the musical contribution to the world. A must see. Bring your kids, show them what true art is. There are no dislikes.

Some bad language and short sections of violence but only unsuitable for very young. Actors voices amazing and great use of minimal scenery. Didn’t know what to expect but bowled over and would definitely see again.

There could have been more music,and less talk. The songs and music were great

Brilliant show from start to finish

anyone who loves music must go

uplifting, great performance and vocals, and will definitely get you moving in your seat.

Should run for years!

A fantastic show. The whole atmosphere was electric and the standing ovation they received was unbelievable. We would definitely go to see it again and that’s not something we would usually say and we’ve seen a lot of shows! Came out feeling really alive and it’s a real tonic to all the dreadful time we’ve all been living through. Thoroughly recommend

Fabulous show, great story well acted, and singing was amazing, only criticism is that the lighting was very bright for us on the balcony at times, and not enough people working for theatre watching people taking photos through the show, we was asked to wear masks for Covid reasons and hardly anyone did which was disappointing I felt.

I did not receive my tickets

I can’t leave a review as my tickets should have been emailed to me, I see you have my email address and all correspondence be it phone or email was not replied to so I spent £200 on tickets for my brothers 40th birthday that I did not get

The show was fantastic

But wish theatres would stop letting late arrival in, interruptions are not needed

Great souvenir of Bob Marley the e of the most important showman ever. Very good performs e with good singers. Everything perfect

Vibrant, poignant, exciting and fabulous musical experience Congratulations to all involved Loved it

Get Up Stand Up! The Bob Marley Musical extends - Plus new images!

The producers are pleased to announce an extension for the Bob Marley Musical, proving once more that this show is something very special indeed. We also have some inspiring new images for you. The show is on stage until 29th January 2023, giving audiences more time to experience a spectacular production that showcases Marley’s extraordinary life and work to perfection.

Get Up Stand Up! The Bob Marley Musical– 2021 rehearsals begin!

Reggae icon, anyone? 6th August is Jamaican Independence Day, the perfect time to kick off rehearsals for the Bob Markey musical Get Up, Stand Up! There's new footage released for you to enjoy, plus exciting pictures of the action. The show delivers unlimited access to Marley’s remarkable revolutionary tunes along with a superb book by Lee Hall and direction from the respected award-winning aimed director Clint Dyer.

Get Up Stand Up! The Bob Marley Musical – 2021 full cast announced

The show's producers are thrilled to announce the glittering full cast for Get Up, Stand Up! The Bob Marley Musical. They join the brilliant Arinzé Kene who plays Marley himself. The singer's beautiful revolutionary songs are brought to life thanks to a book by the award-winning Lee Hall, and the equally talented director Clint Dyer. The actors are joined by some of the nation's best reggae musicians to bring the great man's story to life.

Update for Get Up Stand Up at the Lyric Theatre

During April a rehearsal workshop took place. Now the producers of Get Up Stand Up, the Bob Markey Musical, are excited to reveal brilliant images of Arinze Kene, the actor playing Bob Marley himself in this gorgeous new musical. Get Up, Stand Up! The Bob Marley Musical kicks off on 1st October 2021, a spectacular show celebrating Jamaica’s respected global reggae superstar. This is your gospel of love and unity, and it's extraordinarily good! 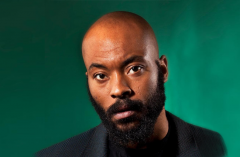 Get Up, Stand Up! And take a bow. Here, we celebrate Arinzé Kene, who is about to take on the role of Bob Marley in a new musical of epic proportions.

Collect your tickets from the Lyric Theatre for free or get them posted to your address. 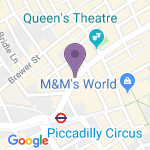 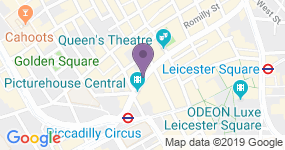