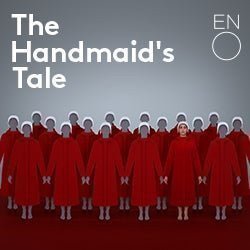 About The Handmaid's Tale

Based on Margaret Atwood’s seminal novel, Poul Ruders’s The Handmaid’s Tale plunges us into the Republic of Gilead, where women have been entirely stripped of their rights and freedoms.

The opera tells the story of a Handmaid given the name Offred, one of the fertile women forced to reproduce with Commanders of the Republic. This thought-provoking work magnifies the issues of state control and the fragility of freedom, as Offred wrestles with the daily terror of her reality.

With Danish composer Ruders’s score, with a libretto by Paul Bentley, influenced by minimalism, medieval chanting and gospel music, the dissonant brutality of Gile

There are no special offers available at the moment but we still have great ticket prices for The Handmaid's Tale at the London Coliseum.

This was a harrowing experience - i walked out after the first half, as did a few others. I understand that Atwood is a dystopian writer, but the republic of Gilead is an abhorrent misinterpretation of the Bible and it’s hateful to hear the beautiful words of the Bible twisted in such a way. TRIGGER WARNING - many depictions of sexual abuse. On stage rape scene was not censored. I have no clue how they were allowed to put this on stage. Also actors walk out with guns frequently throughout the opera, which could also be potentially triggering. Appalling.