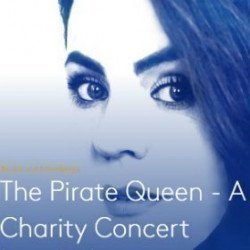 Boublil and Schonberg's The Pirate Queen - A Charity Concert Tickets

About Boublil and Schonberg's The Pirate Queen - A Charity Concert

Boublil and Schonberg's The Pirate Queen - A Charity Concert description

Based on the story of Grace O’Malley, the personification of Ireland, The Pirate Queen is a sweeping epic of love, honor, and piracy in Renaissance Ireland. In a time when women were expected to learn skills to make a good wife in the homestead, Grace defies her father and earns the title “The Pirate Queen,” inspiring men and women alike to follow her. When the English begin to attack and subjugate Ireland, only Grace has the strength and intelligence to negotiate peace with the powerful Queen Elizabeth I. With a score by Claude-Michel Schönberg and Alain Boublil, steeped in Irish traditions and powerful ballads, The Pirate Queen is both timeless history and epic romance for the stage.

Review: THE PIRATE QUEEN at The London Coliseum 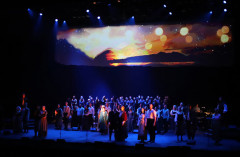 The original 2007 Broadway run of The Pirate Queen (created by the Les Miserables team), made an estimated loss in excess of $16 million due to high running costs and mediocre box office interest. But did producer Tom Gribby’s much anticipated, one-night, semi-staged version at the Coliseum, signal a possible future London opening?

Review: THE PIRATE QUEEN at The London Coliseum
all shows