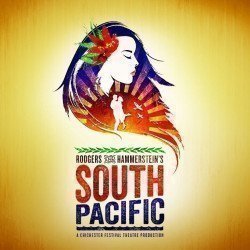 Tickets from £18.00
Chichester Festival Theatre's acclaimed production of Rodgers & Hammerstein's South Pacific transfers to Sadler's Wells in 2022 for a strictly limited season. Set during the Second World War, it’s a dramatic love story brought to life by the theatre’s Artistic Director Daniel Evans plus a cast of more than thirty. Add a full orchestra and the impact is sensational.
Show info Book tickets
South Pacific tickets 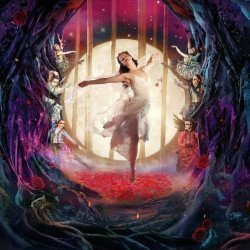 Sleeping Beauty sees Bourne return to the music of Tchaikovsky to complete the trio of ballet masterworks that started with Nutcracker! and the international smash hit, Swan Lake. 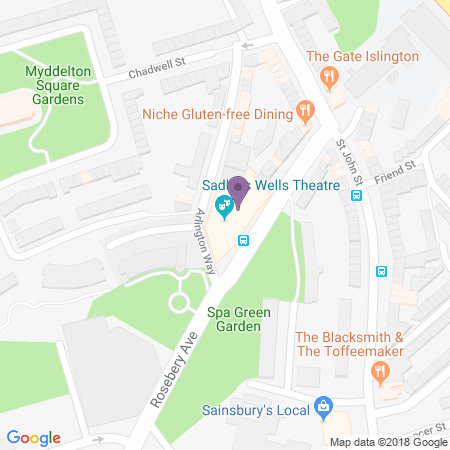 The Sadler’s Wells theatre is an exercise in modern and ancient, a blend of contemporary glass and old red brick. Inside it’s equally interesting, with traditional curved seating set against a startlingly modern backdrop of square metallic panels hanging from the ceiling.

In 1683 the Sadlers Wells Theatre started life as a so-called musick house under which the building’s owner, Dick Sadler, had discovered a series of wells containing water with alleged holy healing properties. But the excitement soon wore off and the public stopped visiting. To bring them back, the venue put on a series of freak shows and circus acts throughout the late 1600s and 1700s. Pantomimes and comic operas were the venue’s stock-in-trade in the early 1800s, using the by now famous water tank to put on shows with a watery theme.

In 1843, when drama censorship was finally lifted in Britain, Sadler’s Wells officially became a theatre at last. Kicking off with a series of popular Shakespeare plays, it soon descended back into relative chaos without a discernible theme, switching managers and purposes every few years. The world’s most famous clown, Joseph Grimaldi, performed at Sadler’s Wells aged just two. At one point the building was re-purposed as an ice skating rink, then used for wrestling competitions and even as a cinema.

Having limped along for decades, the theatre finally closed down in 1915. Thankfully Lilian Baylis, the owner of the Old Vic Theatre at the time, rescued it in 1925, supported by numerous public figures of the day including Winston Churchill. The venue re-opened as a home for top quality opera, dance and ballet. At this point, the Sadler’s Wells Ballet School was born.

Through the late 1900s the theatre acted as a proving ground for the era’s best new performers, finally leading to an extensive facelift in 1996, achieved with lottery funding. The acoustics were improved and some parts of the building completely demolished and rebuilt. In 1998 the new building opened its doors, the sixth theatre to stand on the site, with a larger stage and better seating.

These days the Sadler's Wells Theatre is the UK's leading dance house, committed to producing, commissioning and presenting daring, top class works. They put on everything from the very best contemporary dance to tango, hip hop, flamenco and tap dance, as well as unique and unusual collaborations with visual artists. The venue also works closely with a group of associates who represent some of Britain’s most exciting dance talent including Matthew Bourne, Jonzi D, Sylvie Guillem, Michael Hulls, Akram Khan, Wayne McGregor and Kate Prince, to name just a few.

Past shows at the Sadler’s Wells Theatre

We’re a popular destination for a wide variety of seat types and prices, with excellent availability on the full range of Sadler’s Wells Theatre tickets.