Now showing at the O2 Arena 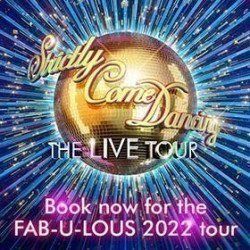 2022 will see the return of the magnificent Strictly Come Dancing Live Arena Tour. Kicking off in Birmingham on 20 January 2022, a host of the celebs and professional dancers from the BBC One TV series will waltz around the country performing 33 shows in some of the UK’s biggest arenas in Leeds, Newcastle, Manchester, Sheffield, Liverpool, Glasgow, Nottingham and London. As a result of Covid-19 restrictions – and to keep everyone safe – the 2021 arena tour will not go ahead, but tickets for the 2022 arena tour are on sale now. 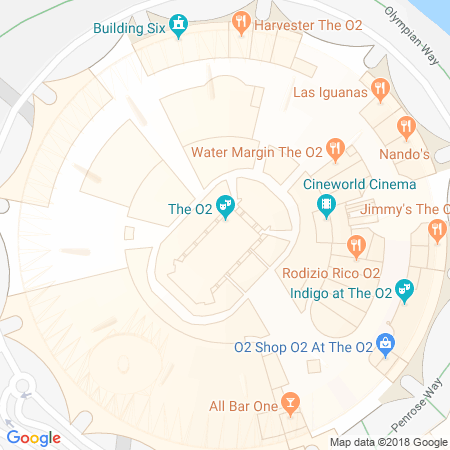 The O2 Arena is actually London’s famous white Millennium Dome, once home to a year-long celebratory exhibition in the year 2000 and now a world-class entertainment venue that holds as many as 20,000 people.

The dome itself is one of the largest of its kind on earth but when the Millennium Dome opened its doors for the first time, in the year 2000, it was surrounded by controversy. Costing more than £800 million, it was felt to be a waste of money by many people, who thought a permanent landmark would serve the nation much better than a temporary structure.

Designed by the architect Richard Rogers and built by McAlpine and Laing, the building was engineered very cleverly by Buro Happold, with a roof that apparently weighs less than the air inside the building!

When the Dome millennium exhibition closed at the end of 2000 speculation was rife. At one point it was proposed to be converted into a football stadium, but the idea of a national entertainment venue took precedence and soon took shape. After extensive indoor building work, overseen by Meridian Delta Ltd, the transformation was completed and the impressive new venue finally opened its doors in 2007, renamed the O2 Arena.

The O2 has flourished ever since, fast becoming one of the capital’s best loved venues for huge stage performances. These days it is bigger than the Manchester Evening News Arena and Madison Square Garden in New York, and has the honour of being the planet’s biggest-selling venue, with more than two million visitors every year.

The building is so huge that its volume is thirteen times the size of the Albert Hall and ten times that of St Paul’s cathedral. It’s as tall as the famous London landmark, Nelson’s Column. And, just to seal its fame for the future, it starred in the opening scenes of the James Bond film, The World is Not Enough.

Past shows at the O2 Arena

Michael Jackson’s ill-fated This Is It concerts were supposed to take place at the O2 in 2009 and 2010. X Factor auditions have been held there. Recent shows include appearances by the comedian Alan Carr, Alicia Keys, Andrea Bocelli and Friends, the Arctic Monkeys, US superstar Barry Manilow, Ben Hur Live, Beyonce, Bon Jovi, Boyzone, Britain's Got Talent, Britney Spears and rock genius Bruce Springsteen.

The O2 is easy to access for wheelchair users and others with special access needs, with wide entrances and a flat street along Entertainment Avenue. Toilet blocks, lifts and all the other public areas are designed with wheelchair users in mind, and staff are always happy to assist.

We’re your top destination for a wide variety of seat types and prices, with excellent availability on the full range of O2 Arena tickets.