About The Last Five Years 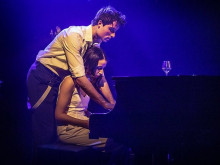 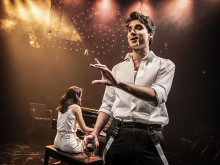 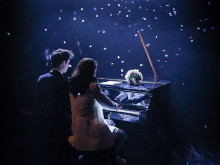 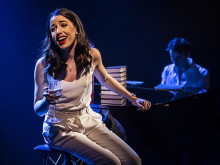 This is such a clever piece of theatre! No wonder The Last Five Years is so popular, and no wonder the story has acquired cult status since it first thrilled audiences Off-Broadway in 2002. Welcome to The Last Five Years, which is transferring to theatreland later this year for a limited run at the Vaudeville Theatre.

In 2020 the production of The Last Five Years at Southwark Playhouse won nominations for an outstanding 8 Offie Awards, winning two of them: Best Director and Best Musical Production. Oli Higginson himself was nominated for a Stage Debut Award thanks to his wonderful performance as Jamie. It has also enjoyed an unusually successful worldwide stream through the covid crisis thanks to stream.theatre.

Jason Robert Brown's Drama Desk Award-winning musical was transformed into a well-loved movie in 2014 with Anna Kendrick and Jeremy Jordan in the leading roles. This time around Jonathan O'Boyle directs, and Molly Lynch and Oli Higginson reprise their brilliant roles as Cathy and Jamie.

The creative team includes choreography by Sam Spencer-Lane, set and costume design by Lee Newby, lighting design from Jamie Platt and sound design by Adam Fisher. The musical director is Leo Munby and the casting comes from Jane Deitch.

What's the plot of The Last Five Years?

This is a brilliant story told in an innovative way. It's the powerful, intimate tale of two New Yorkers who fall in love then out again, over five years. The structure is fabulous, really inspiring – you'll see the struggling actor Cathy telling her own tale in reverse, from the turbulent relationship's end to the beginning. Jamie, a literary prodigy, tells his story from the start to the end. The couple meet in the middle of the performance, at their wedding. Brilliant!

Jonathan O'Boyle's cool actor-musician production involves keeping both actors on stage at the same time as they move towards the middle and there's live piano music as well, accompanied by a four piece band. It's going to be magical having this fantastic, unusual story in the West End.

Who is The Last Five Years for?

This is an exploration of an adult relationship so isn't suitable for children.

Our website makes buying tickets for The Last Five Years so easy! We'll email your tickets to you so you can simply present them at the door on the big day.

The show was very good. Love Hason Robert Brown's music. It's extremely difficult to sing, however these actors did a good job.

We travelled to London from Liverpool Specifically to see the show and we couldn't have been more thrilled. The performance,set and music was brilliant and we would have gone to see it the next night if we could!!. We go to shows regularly and have seen the majority of the shows currently showing in the west end and this was by far the best.As the theatre is quite small this suited the show and gave a real intimacy to the production. You almost forgot you were watching a show as you are drawn so much into the lives of the characters. I could not recommend this highly enough. Would love it to tour so we can see it again . 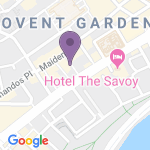 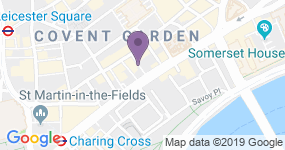