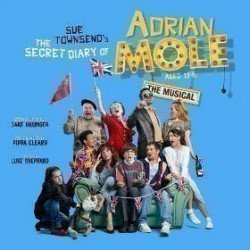 About The Secret Diary of Adrian Mole 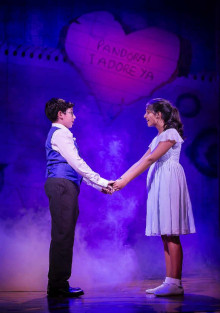 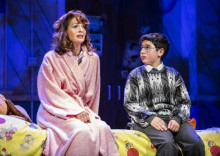 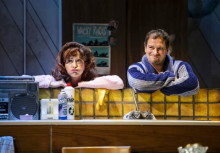 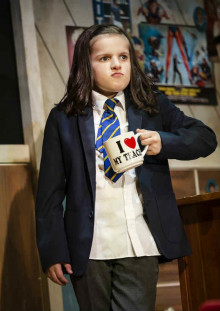 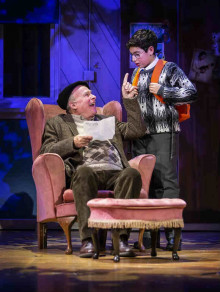 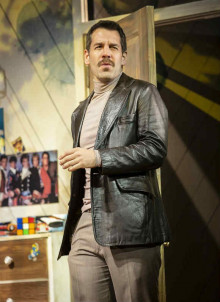 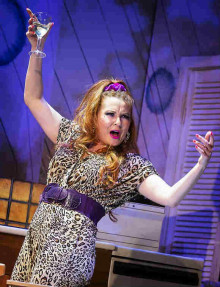 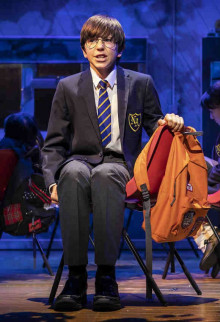 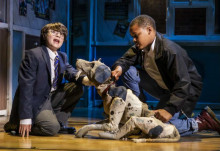 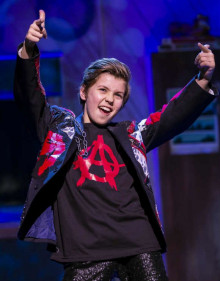 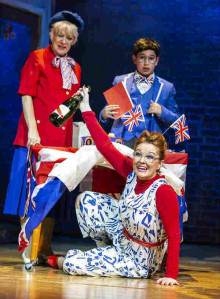 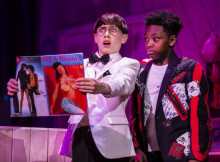 The Secret Diary of Adrian Mole – The brilliant musical

Welcome back to the delightful Adrian Mole, the troubled teen who captured the nation's hearts in the 1980s and kept on amusing us for years and years. This musical, created in 2015, has already gathered a load of five star reviews from a delighted media, and Adrian's diary is set to thrill audiences again, this time to music. If you fancy a hilarious peep into the inner life of an adolescent boy, set against the unhappy Zeitgeist of Thatcher's Britain, you're in for a treat.

Let's meet Adrian. Adrian Albert Mole was born on the 2nd April 1967, and grows up with his parents in the city of Leicester before moving to the curiously-named Ashby-de-la-Zouch the East Midlands. Adrian's family are working class and 'til he's 15 years old he's the only child, and a very precocious boy indeed until his half-brother Brett and a half-sister Rosie arrive. While he isn't a genius by any stroke of the imagination, Adrian does OK at school, even though he rarely sees eye to eye with the headmaster, nicknamed Pop-Eye Scruton.

Adrian has a small circle of friends. He even has a girlfriend, Pandora Braithwaite, a girl with wealthy Trotskyite parents. Barry Kent and his gang, the bad lads who bullied Adrian when he was little, are in the picture but Adrian's a good boy, a boy who sees himself as a frustrated intellectual, a Great Writer in the making. Now he's on stage in an exceptionally fun new musical, playing at the Ambassador's Theatre this summer, and people of every age are eagerly awaiting it. The iconic Sue Townsend novel has never been such a giggle!

The plot? The show's set in '80s Leicester, where the dramas of Adrian's life play out against a backdrop of dysfunctional parents, domestic dramas and crazy misadventures. All older people are all a massive pain in the backside, the school bully Barry Kent is constantly on his back, and worst of all there's a massive spot on Adrian's chin. When you're thirteen and three quarters years old, life doesn't always seem fair. And when Adrian falls for the new girl Pandora, she runs off with his best mate Nigel. Oh dear.

Will Adrian steal Pandora back from Nigel? Will he ever escape from his nutty family? The score is 'infectious'. The script stays satisfyingly true to the original book, and the book and lyrics are by Jake Brunger, with music and more lyrics from Pippa Cleary. The director is Luke Sheppard. Altogether a dazzlingly good outlook!

Who is this show for?
This fab musical is perfect for people aged 12 and above.

I love this show. It's two hours of humour, heart and silliness. Standout numbers include, "Look At That Girl" in which we are introduced to posh, preening Pandora (played tonight by Molly-May Gibson), "Take A Stand", in which Adrian and his friends revolt against the black-socks-only rule at school, and "The Nativity", in which...well, let's just say you'll never view a nativity play in the same way again.  Inevitably, some cynicism of the books has been lost in the transition from page to screen, although many of Townsend's jokes are included in the script. If the references to Malcolm Muggeridge and Dallas are lost on today's audiences, the universal themes of teenage angst, growing up, family and friendship remain relevant. The argument between Adrian's mum and grandma in "How Could You?" provides one of the most moving moments of the show. The child cast are fantastic- the standouts tonight were Nicky Antoniou-Tibbitts as the harassed and blundering Adrian, and the ever-grinning Regan Garcia popping some amazing 80s dance moves as Adrian's best mate Nigel. It's clear they're all having a blast, too. Of the adults, John Hopkins steals the show in his dual performance up as uptight headmaster Mr Scruton and Adrian's sleazy neighbour Mr Lucas. There are also strong performances from Amy Ellen Richardson as Adrian's Mum, and Lara Denning who plays both teacher Miss Elf, and the bolshy Doreen Slater. Richardson gives a soulful, convincing performance as a Mum wondering what went wrong and why, while Denning provides great vocals, especially in the showstopping disco number, "Misunderstood". There's even more doubling-up as almost all the adult cast play shcoolchildren, and the actual kids appear as the postman, train guard- and the dog! This gives the show a rather knockabout feel (compared similar musicals such as Matilda), which adds to its charm. Some parts of the musical don't quite work- the plotline about school bully Barry (tonight played by an underused Kobi Watson) doesn't really go anywhere, while a second-act detour in which Adrian imagines what would happen if he dies of tonsillitis detracts from the pace without adding much. It was also noticeable that Watson was the only actor of colour onstage, which was unfortunate as he was playing a bully and petty thief. This racial mix is different in the other teams of child actors, so it seems odd that the casting directors failed to notice the stereotyping in this cast. The sound in the show is also rather loud, detracting from the vocal performances especially at the start of the show. Some might find this production rather exhausting and full-on.  However, for me The Secret Diary Of Adrian Mole Aged 13 3/4: The Musical is a delight, with plenty of hummable tunes, fabulous performances, lots of laughs and a big heart.

Reviewed on 22 September 2019 by Carlotta, Leigh On Sea, United Kingdom

Not to be missed.

Smallest theatre in London?,small cast but big on talent,a most enjoyable show.

Hilarious take on Adrian; will be loved by teenagers

Blast from the past

A show strictly for Teens and pre-teens. (and maybe their parents)

This was quite a disappointment. I did not know anything about the show or story and if I did I would not have booked it. Music was useless. It could have just been a stage play. There were lots of pre-teens in the audience, but parents should be warned that there was a lot of overt sexuality in the stories, both of the 13-year-old children characters, and the adult characters. I left at the interval because it was so poor.

Reviewed on 16 August 2019 by Donald, Sarasota, United States Of America

Video review: ADRIAN MOLE THE MUSICAL at the Ambassadors Theatre 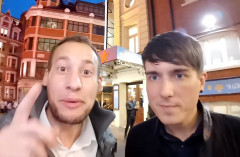 The Break A Leggers review Sue Townsend's The Secret Diary of Adrian Mole aged 13 ¾ the Musical at the Ambassadors Theatre. Will it be Break A Leg? Or Leg It!

Review: THE SECRET DIARY OF ADRIAN MOLE AGED 13¾ at the Ambassadors Theatre 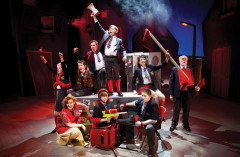 Starting life in 2015 at The Curve in Leicester and subsequently spawning a London run at the Menier Chocolate Factory two years later, Sue Townsend’s gawky young adolescent takes-up residence at the Ambassadors this summer.

Review: THE SECRET DIARY OF ADRIAN MOLE AGED 13¾ at the Ambassadors Theatre
28 Jul
2017

Review: THE SECRET DIARY OF ADRIAN MOLE at the Menier Chocolate Factory 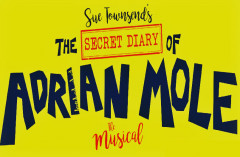 If you were a teenager in the 1980's the character of Adrian Mole, geeky, pretentious and utterly relatable to, will be an old friend. His hilarious take on adolescence was captured by writer Sue Townsend in a fictitious diary, first a best selling book, then a TV series, then a play, then a musical, and there were several sequels. Adrian's faded from public consciousness in the last decade or so and, alas, Townsend died in 2014. All this makes this adorable, completely new musical very welcome especially as it transports us back to his first teenage incarnation and reminds us what fun it was follow his bumbling and humbling attempts to become an intellectual and a hit with girls.

Review: THE SECRET DIARY OF ADRIAN MOLE at the Menier Chocolate Factory
all shows