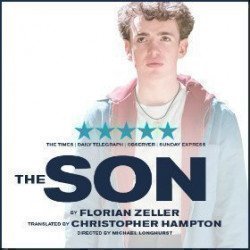 You like your theatre drenched in emotion? This one's for you, starring the wonderful Laurie Kynaston and written by the French playwright Florian Zeller, who also penned the two previous plays – The Father and The Mother. Together they make up an extraordinary trilogy telling the story of a divorcing couple and the impact the split has on the family members.

The story? Young Nicolas is going through a 'difficult phase' now that his parents have divorced. He has no energy, he just drifts around the place, he tells lies, and he's nicking off school too. In his opinion moving in with his dad, joining his father's new family unit, would help him make a fresh start. But it doesn't work out. Nicolas feels even worse living there, so he tries to move back in with his mum but that's just as difficult. He can't settle, but what on earth will he do when he runs out of places to move to?

The Son has transferred to the Duke of York’s theatre for a limited ten week season. The Guardian calls the playwright Zeller ‘the most exciting playwright of our time’, the director is the award-winning Michael Longhurst, and this, as the final part of the trilogy, ties up all those loose ends to perfection.

The play is translated from the French by Christopher Hampton and stars Amaka Okafor, Amanda Abbington and John Light, all of whom reprise their dazzling roles from the original UK premiere along with Laurie Kynaston.

The Times says 'This final part of Florian Zeller’s trilogy is the most powerful of all'. The Observer says it's 'A compulsive, involving, emotionally stirring evening – theatre’s answer to a page-turner'. The Daily Mail calls it 'Exceptional', saying it 'fizzes with raw emotion'. The Daily Telegraph claims it has a 'devastating visceral impact' and the Sunday Express believes this is 'one of the finest plays of the past decade'. That's what we call an accolade!

The Son is the Kiln's first West End transfer since their grand reopening in September 2018. If you'd like to experience Zeller's latest play in all its glory, the final part of the trilogy but a play that also stands alone, grab tickets before they're all sold. High drama and plenty of raw emotion awaits you.

Who is this show for? Because The Son deals with issues surrounding mental health in teenagers and contains scenes that some audience members may find upsetting or disturbing, this brilliant play is recommended for people aged 14 or more.

We have a great selection of cheap The Son tickets. We can help you save up to 70% on The Son tickets! If you're looking for discount theatre tickets have a look below for our latest offers for The Son at the Duke of York's Theatre.

Amazing acting, made us all cry, such an important topic

The Son is a challenging piece of theatre for those who want to examine relationships, communication and parenting. It’s not for all.

I really enjoyed the show. Few twists and great acting

This was an excellent play .. topical,moving .. not quite as fascinating as previous Zeller plays as more straightforward to follow . The acting was good but not all actors (mother and doctor) projected their voices clearly to the Royal Circle. Stage sets generally good but clutter on stage became irritating

A tough play to watch but dealt well with a difficult but vey real modern day issue for many young people and families.

It was a great performance. Congratulations to the actors, specially to Laurie Kynaston. His acting made me cry. It was a wonderful show full of different feelings and emotions.

I thought the play very thought-provoking. It led to a lengthy pub discussion afterwards. I did have some trouble hearing all of the dialogue, particularly the Male lead. Although not deaf by any means, I have some minor hearing loss in line with being over 60.

Underwhelming. Some average or poor performances

Teenage mental angst with predictable ending. More of the same from beginning to end. No relief for audience. Well acted but play needs more colour in the script. Sets disappointing.

An important topic on mental health

Show was ok, but not what I thought it would be after reading previous reviews, it was more about mental health issues. Also, very low volume.

Only if you feel good

The most gut wrenching play I have seen in years

This play hit me hard. The depiction of all characters was spot on.... the reactions, the doubts. Having experience of mental illness in the family, I relived scenes so familiar it was scary. I cannot praise the play highly enough. The acting was exceptional. I was sobbing... I would recommend any parent of teenagers should see this. I am not sure I would recommend this play to all teenagers; it requires a level of maturity.

A very important topic and one that should be made aware to the general public.

Review: THE SON at Duke of York’s Theatre

Michael Longhurst directs THE SON, the final segment in lauded french playwright Florian Zeller’s loose trilogy (The Father, The Mother, The Son) which has just begun a limited West End transfer at The Duke of York’s theatre. 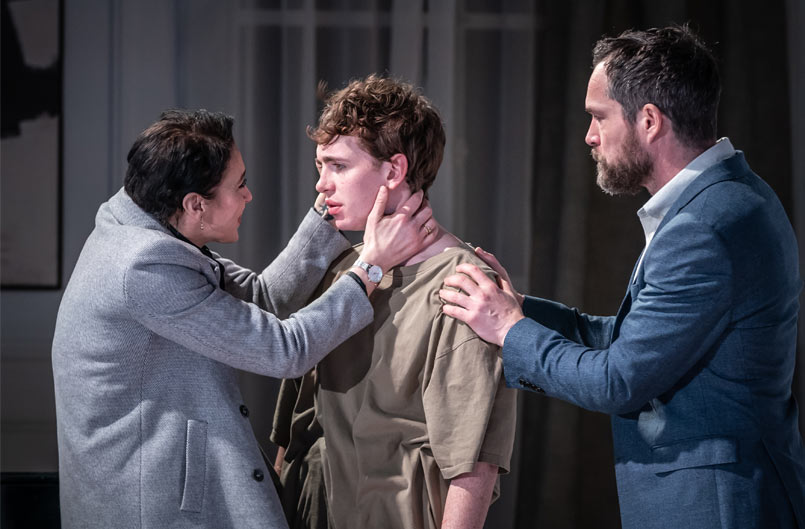 Review: THE SON at Duke of York’s Theatre
all shows