MARY POPPINS is recommended for a general audience. As an advisory to adults who might bring young people, we recommend MARY POPPINS for ages 7 and up. Children under the age of 5 will not be admitted into the theatre. All persons aged 16 or under must be accompanied and sat next to the accompanying adult. They may not sit on their own within the auditorium. If children do have separate seats you could be refused entry. All persons entering the theatre, regardless of age, must have a ticket.

MARY POPPINS is recommended for a general audience. As an advisory to adults who might bring young people, we recommend MARY POPPINS for ages 7 and up. Children under the age of 5 will not be admitted into the theatre. All persons aged 16 or under must be accompanied and sat next to the accompanying adult. They may not sit on their own within the auditorium. If children do have separate seats you could be refused entry. All persons entering the theatre, regardless of age, must have a ticket.

You've probably seen the 1964 film, a wonderful British classic whose lovely plot and sweet show tunes appeal to people of every age. If it reminds you of your childhood, this theatre production will bring the past zooming back in the most delightful way. If you're only little and have never experienced Mary yet, you're in for a huge treat. Everyone loves Mary Poppins, and that's why it makes such a lot of sense to grab tickets while they're still available.

Make your way to the Prince Edward theatre, to where Disney and Cameron Mackintosh's acclaimed stage musical of the kids' classic Mary Poppins returns. The show features glorious, rousing music and lyrics by the talented Sherman Brothers, with extra lyrics and tunes from George Stiles and Anthony Drewe. Combining the original children's books by P. L. Travers and the 1964 Disney film, Julian Fellowes' new book merges everything to exceptional effect.

The original 2004 production was directed by Richard Eyre, co-directed by Matthew Bourne and choreographed by Stephen Mear. It proved a smash hit on trials in Bristol and sold out at the Prince Edward theatre. It remains the only Disney musical to premiere in Britain. Laura Michelle Kelly played Mary back then, and won a well-deserved Olivier Award for Best Actress in a Musical for her role in 2005. When it transferred to Broadway in late 2006 it enjoyed nominations for seven Tony Awards including Best Musical, and won the award for Best Scenic Design. This time around the show stars the excellent Zizi Strallen and Charlie Stemp.

A sequel to the original 1964 movie was released in late 2018, 54 years after the original, called Mary Poppins Returns. It has sparked even more interest in the original story, just in time for this long-awaited theatrical revival.

So what's the plot?
It's London, and the year is 1910. The youngsters of the Banks family, Jane and Michael, need a nanny, and they want a cheerful one. When the perfect nanny - Mary Poppins herself – turns up, her unconventional ways turn the family upside down. Ultimately she ends up helping the whole family, not just the kids, and there's a wonderfully warm happy ending. The score includes the all-time classics songs Supercalifragilisticexpialidocious, A Spoonful of Sugar, Let's Go Fly a Kite, Feed The Birds and more.

The Producer for Disney is Thomas Schumacher, joined by Cameron Mackintosh. Richard Eyre directs and Matthew Bourne co-directs. The lighting comes from Howard Harrison, Design from Bob Crowley, and the costumes are by Bob Crowley.

Who is this show for?
This delightful classic musical is suitable for the whole family.

My wife and I so enjoyed the show a lovely Production for all the family , a few tears from my wife joyful let me say

Colourful, creative and a cast so enthusiastic.

What a great night with excellent music captivating dancing, and great sets. A show with a feel good factor. Loved the flying.

great show,last minute deal, unfortunately to expensice to book as a family of 5

Amazing show, I enjoy it so much, I mite go for the second time

Reviewed on 02 March 2020 by Sherly, Stoke On Trent, United Kingdom

Fantastic, I would thoroughly recommend it, 5x

Constant fun for all the family

My Wife and I took our daughter to see the show last night with high expectations, which have been met and then some. All 3 of us would go again and will be recommending it to other people. The acting from all of the cast was of a high standard, as was the singing and dancing. Thanks for a great night out.

This is a perfect show for kids and this for families. It’s not a remake of the film set on a stage but it does include all of the classic Mary Poppins movie moments. Some of the clever tricks engaged to show the Poppins magic truly are amazing and child and adult alike will be charmed by this production. Great and lively action from all involved. A lovely evening out.

Colourful, a must see

Such a fabulous presentation of an old and familiar story line with all the singalong tunes to warble along to. Fantastic stage set with some great illusions, I could here the kids in the audience asking lots of how did he do that and how does that happen questions. A feast for the eyes and would highly recommend seeing this amazing show.

It was very good all the actors were amazing .

Excellent innovative retelling of the story with modern relevance to content and message. Wonderfully portrayed by a talented cast and a tour de force performance by MARY

Entertaining, but not the best for me. I thought the music was not as good as the music in other musicals that i’ve seen.

Cannot fault the show, singing acting the whole production was absolutely faultless and fantastic. It started and finished at the said times, easy to find. What I really liked it followed the original film....

Most beautiful show ever seen, in every aspect it was as perfect!

Definitely a must see

One of the most amazing shows we have ever seen. Can't wait to see it again!

Absolutely outstanding, right from the start..Thoroughly enjoyed it

A must to see!

Wow, what a show. Singing, dancing, costumes, stunts ( Mary Poppins flying and Bert's horizontal and upside down walking were breathtakingly brilliant. Well worth the money.

Absolutely brilliant! In the most delightful way

Wonderful performance by all involved....highly recommend seeing Mary Poppins, as one of the best shows we have seen.

A very fantastic show , magic , for me the best I’ve seen !

Traditional show with modern techniques and outstanding children-actors - must see!

Take something with to protect your ears... it‘s too loud in thecsecond half...

A must see musical.

Superb entertainment. Hats off to the entire cast, production team and orchestra. Sadly, though, the first half of our 2.30 pm performance was spoiled by a spoilt young girl in our row, about 7-8 yrs old, who talked and complained throughout. The indulgent parents also talked to her out loud rather than whisper, which made it even worse. Everyone kept their temper but thank goodness they left at the interval. Also, some young people in front of us were on their phones checking messages periodically, which was annoying. Typical of the selfishness and incivility you find everywhere nowadays.

Thought the show and production of it was fantastic - the children were outstanding. Set amazing !!!! A real feel good colourful happy musical. I’ve seen a lot of shows and this has to be up there with the best. Shame about audience members near us crunching food, talking , arguing (!!) throughout the show. ☹️. But had a fabulous evening and would go again .

I thought the music and acting were phenomenal! I loved the attention to detail that was shown throughout the production! A must see!

Maybe a little scary for young children when mr punch appears, to forearm them & make light of it would be advantageous

Mary Poppins, was great, we had a lovely time the show the cast the live band was brilliant we also had great seats and manage to get tickets from London box office at a reasonable price..

Went to see Mary Poppins on 04/01/20 with my girlfriend, we spent the whole time glued to to the live performance. We found the whole show magical very well put together. If you're a child or a grown up you won't be disappointed, the best show so far in the westend. I'm thinking of going again, taking my mum and grandchildren ages 5 &7. Regards Michael

Amazing costumes, superb acting and dancing, fantastic lighting and the scenery was fabulous - a faultless performance and the best musical we have ever seen!

This was just simply amazing. Great show. Such a great cast. Need to watch it again.

Creative, a must see

Outstanding show in the true spirit of the West End, Disney and Cameron Macintosh.

A Lotta Fun and Then Some!

If you’re not from the U.K., you’ll find that the speaking is pretty quick at the beginning and it takes a bit of focus to make sure you’re catching all of the words through the dialect, however your brain quickly settles into the groove and you’ll have a blast! Kids will love the show, so bring the family!

Reviewed on 04 December 2019 by Brent, Missoula, United States Of America

Reviewed on 27 November 2019 by Min, Pleasanton, United States Of America

Fabulous show full of energy. One of the best shows we have seen!

Slightly long, but overall worth going to see.

Just loved the music and energy of the cast, with the show providing a very theme for today’s very busy lives. It was interesting to note that nearly all of the audience were adults!

Everything perfect from the first to the last details. Level of Broadway or even more.

We had seats in the Grand Circle so looked down on the stage and what a view, but it is quite steep and high up, so bear that in mind. Everything about the show was exciting, magical and sparkling! Wonderful production all round. I think my favourite part was the 'Step in Time' routine with the chimney sweeps. Fabulous! Although audience members were asked to switch off their phones, there were a few who didn't think it applied to them!

From Page to Stage: MARY POPPINS 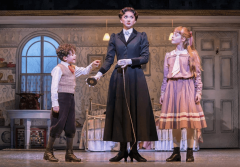 This week, we talk to up-and-coming author and well-known Bookstagrammer Charlie Rosse (@theroamingreader), on the stage production of P.L Travers beloved novel Mary Poppins at the Prince Edward Theatre. Here’s why this book-based adaptation is worth booking.

From Screen to Stage: Try our just for fun quiz

Sean Foleys staging of the classic British film comedy, The Man in the White Suit, which recently opened to mixed reviews, adds to the West End’d long list of recent, current and forthcoming shows adapted from movies.

Here’s our just for fun quiz based on London’s current crop of celluloid adaptations, running, leaving and about to open in the capital.

Having replaced the classic production of Les Miserables with an acclaimed touring version producer Cameron Mackintosh will repeat the formula when he brings Disney musical MARY POPPINS back to the West End in a new form.

Collect your tickets from the Prince Edward Theatre for free or get them posted to your address. 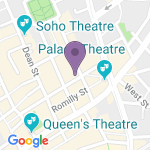 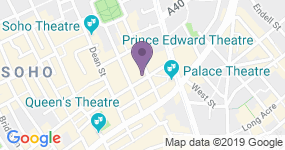