The Prince of Egypt Tickets

About The Prince of Egypt 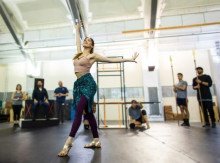 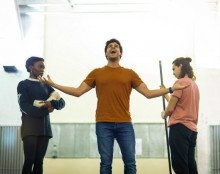 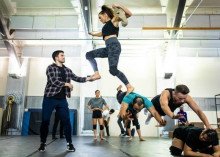 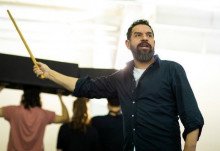 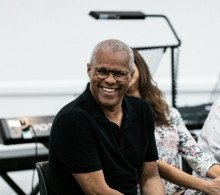 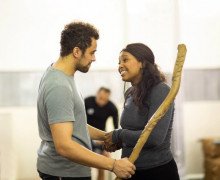 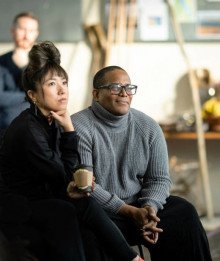 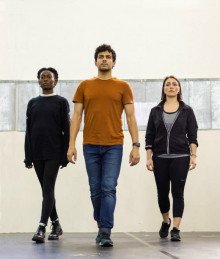 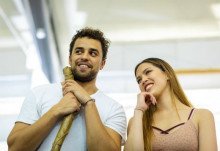 Suitable for a general audience and recommended for children 7+. Children under the age of 5 cannot be admitted.

Everyone attending the theatre must have a valid ticket regardless of age.

Please note that flashing lights (photosensitivity), haze, smoke, low fog effects, pyrotechnics, lasers, live flame and the portrayal of violence are featured on stage, loud sound effects can be heard throughout the auditorium and performers move through the auditorium Stalls.

The Producers cannot guarantee the appearance of any particular artist, which is always subject to illness, injury and statutory holiday entitlement.

The Prince of Egypt description

If your children love The Prince of Egypt, the beautiful animated 1998 movie by DreamWorks, they'll be thrilled to bits to hear about this extraordinarily special event. DreamWorks Theatricals, a part of Universal Theatrical Group, along with Michael McCabe and Neil Laidlaw, have just announced a brand new musical based on the movie.

The stage show will, of course, feature the the Academy Award winning tune, 'When You Believe', a song fans have been singing since the movie was released. We bet you can't wait to see it on stage!

The fun kicks off at the Dominion Theatre on 5th February 2020, and there's going to be a glittering, star-studded London premiere on 25th February 2020. It's on stage for a limited run of just 32 weeks, and you can buy tickets from early summer 2019, proof – as if you needed it - that the show is predicted to sell like hot cakes.

The music and lyrics are by Stephen Schwartz, who worked on the massive smash hit Wicked, a show which almost ten million people have seen so far in London alone and 60 million globally. The book comes from Philip LaZebnik, whose involvement with Mulan and Pocahontas has delighted millions. The musical is directed by the excellent Scott Schwartz, of The Hunchback of Notre Dame fame, and beautifully choreographed by Sean Cheesman, who did wonderful things with the US telly talent show So You Think You Can Dance.

This epic new musical features ten new show tunes, all written by Stephen Schwartz, plus five of his best-loved songs from the DreamWorks Animation. You'll soon be singing along with Deliver Us, All I Ever Wanted and Through Heaven’s Eyes and more, as well as the award-winning When You Believe.

The plot? You'll travel through Ancient Egypt with a couple of young men, Moses and his adopted brother Rameses, the heir to the throne of Egypt. They've been raised together as brothers in a wealthy household but they're divided unexpectedly by a secret. One young man will become the Pharaoh, the other feels he must rise up and free the enslaved people. And their actions will change their world forever.

In 2018 The Prince of Egypt, the film, celebrated its 20th anniversary. It was praised widely by the critics and still holds the crown as one of the best-loved animations ever created. This epic new stage adaptation premiered at TheatreWorks Silicon Valley and won the 2019 Regional Theatre Tony Award. It also raised the roof at the Fredericia Teater Denmark. Now it's our turn. We can't wait!

Next Performances for The Prince of Egypt at the Dominion Theatre

The Prince of Egypt Cast

The Prince of Egypt reviews

The show was amazingly done. Some wof the dance gymnastics was just awesome.. A little too long but definitely worth a watch!

What should be a spectacular show was very disappointing. It was too rushed, too corny, only the original songs were needed, new songs very poor and totally forgettable, lyrics very poor. Quite amateurish at times story disjointed and the soldier scene at the end was laughable . Good performance and beautiful voices from Christine Allado and Alexia Khadime. Luke Brady did well however Liam Tame didn’t compliment one another when singing together,very shrill and harsh. Nothing against Gary Wilmitt but one of the best songs in the show needed depth and a strong voice. Hard to beat Brian Stokes Mitchel but there are far suited actors and singers out there. Also from where we were sat we could see the backstage activity. Stephen you should have stayed with the original songs and kept it serious giving us depth and soul. As theatre goers please give us credit, do not turn it into a pantomime this is a wonderful story that could be an emotional journey

Excellent, you have everything Dance, Music and performance

The cast and whole ensemble were fab. The set very effective and contemporary dancing very good. The new songs a little forgettable. The show very much true to the film animation about moses and ramses relationship.

My friend and I throughly enjoyed the show. The singing and harmonies were brilliant, and some of the scenes, such as the chariot race, the burning bush and the river were fantastically creative.

We were blown away by the outstanding singers in the lead roles; the simplicity, yet dramatic staging and the overall storytelling of this show. Well worth seeing! We would highly recommend it.

The only disappointing thing was that there were only 3 really good singers, the others were mediocre. ☹️

Top of the top

Brilliant from beginning to end. Must see

Good but not great and far too long

Great music and songs. Dancing and singing were good but acting was terrible. Set design and costumes very good. Running time was far too long, could easily have been at least 30 minutes shorter. Second act much better than the first.

Everything you need to know ahead of The Prince of Egypt's opening night this week.

Collect your tickets from the Dominion Theatre for free or get them posted to your address. 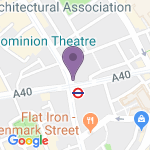 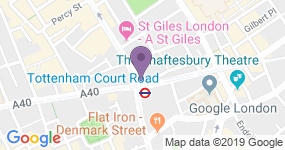