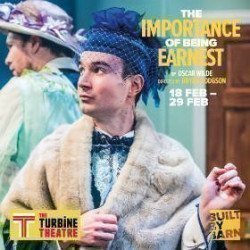 The Importance of Being Earnest Tickets

About The Importance of Being Earnest 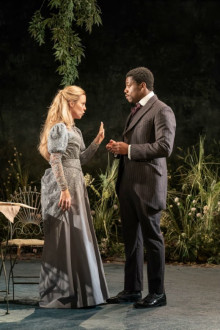 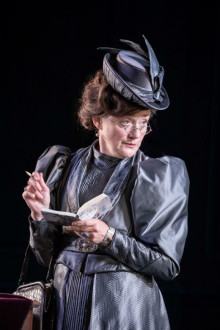 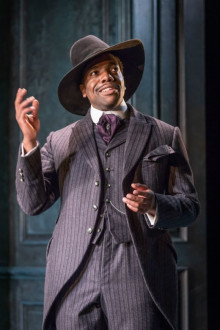 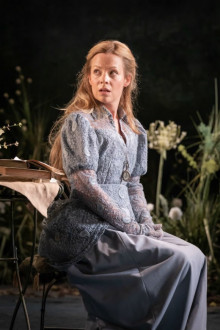 The Importance of Being Earnest description

The final instalment of Classic Spring’s critically acclaimed Oscar Wilde Season is about to end with a bang thanks to The Importance of Being Earnest, one of the playwright's best-loved pieces. It's due to have huge audiences waiting on the edge of their seats for that legendary 'a handbag?' moment, the most famous bit of one of the most entertaining plays Wilde ever wrote, itself a firm favourite of a classic. Make your way to the magnificent Vaudeville theatre for the experience of a lifetime.

Oscar Fingal O'Flahertie Wills Wilde was an incredibly talented and extremely funny Irish poet and playwright. By the early 1890s he'd stolen London's heart and become the outrageous darling of the nation. Classic Spring is a thrilling new theatre company led by Dominic Dromgoole, until recently the respected Artistic Director at Shakespeare’s Globe. They're on a mission to mark the ground-breaking work of proscenium playwrights, and do it in the theatres they wrote for – London's proscenium venues. It's great news for theatre lovers since, in Dromgoole's words, these writers still “speak to us piercingly and profoundly today."

Classic Spring's hugely popular Oscar Wilde Season has rocked the Vaudeville, and The Importance of Being Earnest takes to the stage from October 2018, the fourth of Wilde's great Victorian plays, all of which shocked the nation and changed the country's theatre scene forever. If you love A Woman of No Importance, Lady Windermere’s Fan and An Ideal Husband, this one will thrill you to bits.

The press are delighted. The Guardian calls it 'A fresh take on Wilde’s comic masterpiece’. What's On Stage says it breathes ‘new and vital’ life into what The Stage says is one of the most immaculately crafted stage comedies of all time. And by all accounts the wonderful Olivier-Award winning Sophie Thompson ‘triumphantly' tackles Lady Bracknell’s famous handbag scene. Stella Gonet plays Miss Prism with total conviction and Jeremy Swift brings the Reverend Chasuble to vivid life.

Fiona Button, as Cecily, has been billed by Time Out as ‘bright’ and ‘engaging’. Pippa Nixon plays a truly excellent Gwendolyn and Jacob Fortune-Lloyd makes the perfect Jack. Bring Fehinti Balogun’s glorious Algernon to the mix and the end result is a production you'll want to experience time and time again.

It's amazing how, more than a century later, Wilde's plays still strike a chord, still make us roar with laughter. Wilde’s ground-breaking work is as well-loved as ever, and this is one of the finest productions we've seen for ages.

Who is this show for?
This show is recommended for people aged 8 and over. Please bear in mind the venue doesn't provide booster seats for children.

The Importance of Being Earnest reviews

I didnt dislike the show . I realise that trying to remember all those words must be exhausting. To me though, the show just didnt have the wow factor that I kept waiting for., I wish them all success though. You did well.

This show was excellent in every way!

Weil eine Excel for too many misleading homosexual references, which do Not Match the issue but the author.

A great show for all.

Decided to see this on a whim to fill up time but was so pleased. Well acted, actually funny. Seats were comfortable, staff friendly. Excellent show all round.

Enjoyed every minute of it

I had read some not very flattering reviews about the play and was a bit anxious about whether I'd like. I love Oscar Wilde's works and didn't want to be disappointed. And, thankfully, I was not! Not at all! The actors were brilliant. I enjoyed their interpretation of the characters, enjoyed the witticisms, enjoyed myself immensely. Isn't that what theatre is supposed to be like? I think, yes. Thank you for the delightful spectacle!

Proper farce, but a bit shouty

A genius writer, but the modern slant is unnecessary. The actors should tone it down to reveal the magic of Wilde.

A very lively, well acted version of Wilde’s play which is as relevant now as ever