You'll find low cost tickets to the most popular, newest and longest-running must-see dramas in London's famous West End theatre district right here. If you are looking for an exciting night out with a dramatic difference, you'll love exploring our comprehensive choice of the best live entertainment London has to offer. There's something special for families, plenty of choice for children, dramatic musicals, the most popular adult drama in town, West End classics and favourites, all at surprisingly reasonable ticket prices. Explore our wide choice of West End drama and enjoy the entertainment experience of a lifetime. 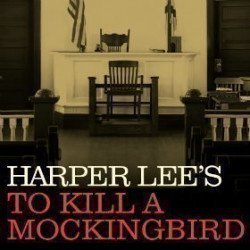 Tickets from £29.50
To Kill a Mockingbird is a 2018 play based on the 1960 novel of the same name. It was written by the brilliant Harper Lee and has been adapted for stage by Aaron Sorkin. It opened on Broadway in late 2018, a well-loved story set in the 1930s Deep South. This powerful tale of racial injustice deals with the fate of a black man, Tom Robinson, who is accused of raping a white woman. It stars the lawyer Atticus Finch and his daughter Scout, who together bring fresh hope to a community in crisis. Don't miss this. Seriously, it really is amazing.
Show info Book tickets
To Kill A Mockingbird tickets
27% off

4.4/5 - based on 2031 reviews - (Read reviews) 4.4 2031 reviews Tickets from £20.00
Theatregoers (89%) i
If you thoroughly enjoy being frightened, you’ll love this super-scary show, an exercise in pure gothic creepiness that’ll see you hanging onto the edge of your seat and jumping at the slightest sound. The fact that it has been released as a film, starring Harry Potter’s Daniel Radcliffe, is testament to its uncanny appeal.
Show info Book tickets
The Woman in Black tickets 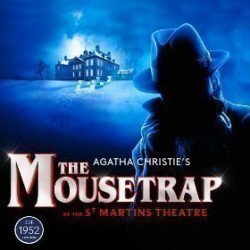 4.5/5 - based on 859 reviews - (Read reviews) 4.5 859 reviews Tickets from £23.25
Couples (84%) Theatregoers (91%) i
Treat yourself to one of the West End’s most popular theatre shows, an Agatha Christie classic that’ll have you on the edge of your seat as the mystery unfolds. The setting: a country hotel, where the guests are snowed in with a murderer in their midst. Who did the dirty deed? The Mousetrap is an intricate, complex tale of dark deeds that’s loved by audiences from all over the world.
Show info Book tickets
Mousetrap tickets

4.9/5 - based on 10 reviews - (Read reviews) 4.9 10 reviews Tickets from £17.75
Couples (100%) Theatregoers (100%) i
The highly respected Jamie Lloyd Company is delighted to announce their latest production, a fresh new version of the all-time classic Cyrano de Bergerac. It stars the awesome James McAvoy and it's their opening production for a brand new West End season. They've collaborated with the Ambassador Theatre Group, and the show is being supported by British Airways, with 15,000 free tickets for new theatregoers and 15,000 £15 tickets for under 30s, key workers and people on government benefits. It's going to be amazing!
Show info Book tickets
Cyrano de Bergerac tickets
No Booking Fee 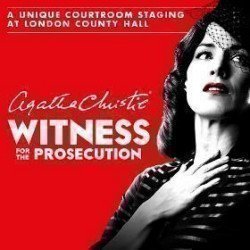 4.6/5 - based on 104 reviews - (Read reviews) 4.6 104 reviews Tickets from £10.00
Couples (89%) Theatregoers (95%) i
London County Hall is the perfect venue for this, a resurrection of one of Agatha Christie's best short stories and a courtroom drama that'll have you on the edge of your seat. Witness for the Prosecution is the name of the play, and it's as tense and dramatic as you'd expect from the pen of one of the most respected and original mistresses of crime drama.
Show info Book tickets
Witness for the Prosecution by Agatha Christie tickets 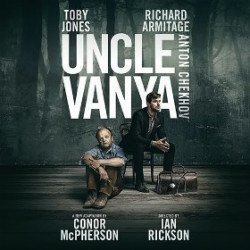 4.7/5 - based on 10 reviews - (Read reviews) 4.7 10 reviews Tickets from £17.75
Theatregoers (100%) i
Roll back time to 1898 and Anton Chekhov had just published a play that was set to become one of the finest Russian stage classics of all time. A year later it took to the stage in Moscow, and the rest is history. Now it's back for 2020, playing at the magnificent Harold Pinter theatre in the West End. Will we see you there?
Show info Book tickets
Uncle Vanya tickets
31% off 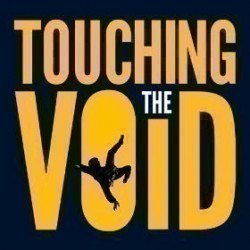 4.3/5 - based on 27 reviews - (Read reviews) 4.3 27 reviews Tickets from £17.75
The World Premiere of this splendid play from the Royal Lyceum Theatre Edinburgh, Bristol Old Vic, Royal & Derngate & Fuel has already thrilled audiences elsewhere. Now Touching the Void, based on the brilliant book by Joe Simpson and adapted by David Greig, is due in theatreland. This is a play you really won't want to miss, an adult drama with a difference and definitely not one for the kids.
Show info Book tickets
Touching The Void tickets 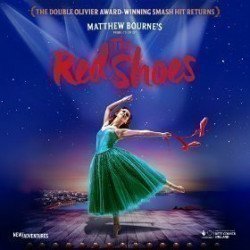 A sell-out for its world premiere in 2016, Matthew Bourne’s triumphant adaptation of the legendary film returns to London, having won two Olivier Awards and dazzled audiences across the UK and the USA. 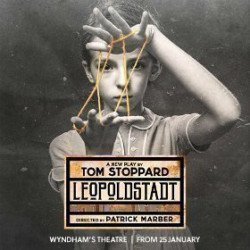 Tickets from £23.75
The scene is Vienna, the date is 1900. At the time the city was a vibrant centre of the arts, a creative hub, a vivid place where intellectual exploration was the nborm, a city of joy and pleasure. One in ten of the people were Jewish, given civil full rights by the Emperor Franz Josef. As a result of the Emperor's edict Jewish people streamed into the city, escaping from violence elsewhere in the world. Thousands of them settled in the tenement houses of the ancient Jewish quarter, an area called Leopoldstadt. And that's the location for this extraordinary play, a brand new masterwork by Tom Stoppard.
Show info Book tickets
Leopoldstadt tickets
49% off 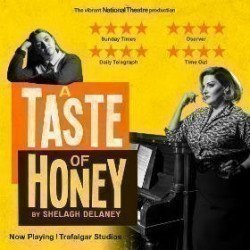 Shelagh Delaney’s ground-breaking British classic A Taste of Honey returns to the West End for the first time in 60 years.

Directed by Bijan Sheibani (Barber Shop Chronicles) and designed by Hildegard Bechtler (Antony and Cleopatra), A Taste of Honey is a gritty depiction of working-class life in post-war Britain and an exhilarating portrayal of the vulnerabilities and strengths of the female spirit in a deprived and restless world. 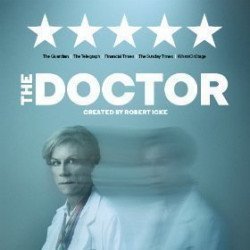 Tickets from £17.75
Your venue? The Duke of York's theatre. The star? Juliet Stevenson. Welcome to The Doctor, in which the fabulous Olivier Award winner Juliet Stevenson delivers “one of the performances of the year” (Evening Standard) in the West End transfer of Robert Icke’s five-star Almeida Theatre production. A play for our times, this one is created for the divisive world we live in, written by a man who many feel is Britain's best director. Welcome to The Doctor.
Show info Book tickets
The Doctor tickets
No Booking Fee 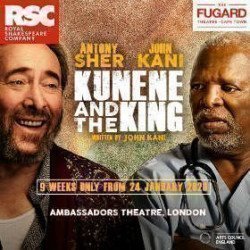 Kunene and the King

Kunene and the King

Tickets from £25.00
Did racism really end in South Africa when Apartheid died? This extraordinary piece of theatre has been specially created to mark the 25 years of change the country has seen since it broke free from one of the most appalling systems created by modern mankind. When two men from two different walks of life collide, what happens? Come and see. And prepare to be disturbed.
Show info Book tickets
Kunene and the King tickets 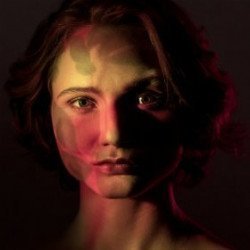 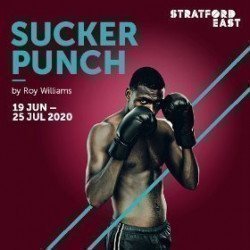 Leon and Troy are best mates trying to figure out their place in the world amid mounting unemployment and simmering racial tensions. After finding solace in Charlie’s gym, they start forging their path into the ruthless world of professional boxing.

Roy Williams’ bruising play examines what it was like to be a young black man in 1980s Britain and asks, how can you fight a system that’s desperate to see you fail? 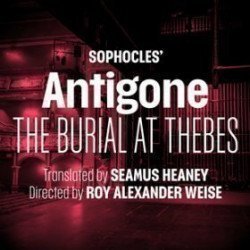 Antigone - The Burial at Thebes

Antigone - The Burial at Thebes

The war has ended. Antigone, daughter of Oedipus, learns her brothers are dead.

Forced onto opposing sides, they have killed each other in battle.

When Creon, King of Thebes, grants the honour of a burial to one but not the other, Antigone and her sister must choose where their loyalties lie.

This epic tale of humanity versus leadership centres on a young woman with the courage to defend her beliefs – whatever the cost. 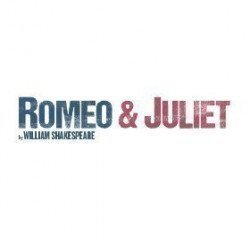